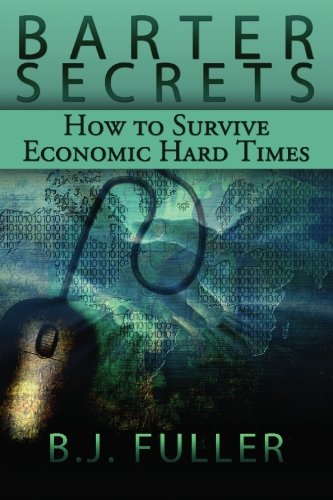 In Barter Secrets (How to Survive Economic Hard Times), B. J. Fuller shows readers how to negotiate and trade like a pro. In ten chapters with titles such as “Images of a Baron,” “Getting Into the Flow,” “My First Trade” and “Prospecting for Profit,” the author teaches readers to think out side of the box when it comes to making money and ascending what he calls the “pyramid to prosperity” by using one of the oldest tools of the money-making trade. Eye opening and creative, the author wastes no time in showing how to weather these turbulent economic times through a resourceful and productive tactic. Who would have thought that something as old-fashioned and seemingly obsolete as bartering could recover Americans’ hard-earned wealth?

About the Author
B.J. Fuller has spent more than thirty-five years in the barter industry. He has traded for everything from billy-goats to satellite-time. To quote Ron Ward (former vice-president of Equitrade) “B. J. has probably forgotten more about barter than most people will ever know.” In addition, Mr. Fuller is also an award-winning author. His most recent books are Speak Nothing of the Dead But Good (A Savannah based mystery/crime novel) and Barter Secrets (How to Survive Economic Hard Times).